Ted and I are always looking for inexpensive activities to keep us fit and entertained.  Stand Up Paddle Boarding, or as those in the know like to call it SUPPING, has become my new obsession.    It's a great workout that lets you experience local rivers, lakes and any other waterway you are willing to traverse, so we booked a lesson at Scappoose Bay Kayaking for October 6, crossing our fingers that the unusually good weather we'd been experiencing would hold out for another three weeks until lesson time. 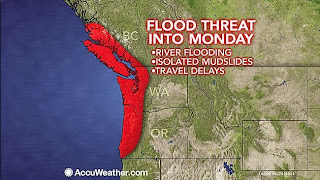 We watched the weather closely. The weekend before our lesson, the tail end of a Japanese typhoon slammed into the Pacific Northwest, drenching us with rain and 50 plus mile an hour winds.  The sun didn't shine for a week and the rivers flooded, so I was convinced that we were in for a break and our day on the water was going to be beautiful.


We awoke on October six to severe clear skies and temperatures in the high 30s.  Low temperatures are a good sign in this part of the world this time of year.  It's the rainy, cloud covered days that blanket us in 50 degree temperatures six months out of the year. It's the cold clear mornings that hold the most promise.  By the time we reached the bay, it was in the forties and by the time we finished the lesson, I was overheated and it was 73 degrees.  Ted on the other hand, spent a lot of time swimming, and he can attest to the fact that river water in the Pacific Northwest is mountain fresh COLD, despite the 70 degree temperatures outside!

I never had the pleasure of feeling the water temperatures that day but can only assume my day will come because I intend to do this again and again.  Despite the fact that Ted is blind in one eye from radiation treatments and unable to wear hearing aids for obvious reasons during this kind of sporting activity, and the fact that he fell in five times, you'd think he'd consider this sport more akin to water boarding than stand up boarding, but in the usual fashion that is Ted, he was a trooper and holds no hard feelings toward the river or to our new found sport.   I on the other hand, after witnessing him fall in again and again, determined that his board was not the right size for a man of his height, despite what the instructor said.  I think they just didn't have boards large enough for a man as tall as Ted. He's 6' 3" tall, so we will keep renting until we find the right size board and hope to buy our own one day.